For this weeks Style on a Budget post, I figured it would be best to share with you all my Halloween costume. I was able to pull it off for $10. Halloween can be very expensive so my go to in deciding costumes for Josh and I is to think of things I can use from our own wardrobe first. 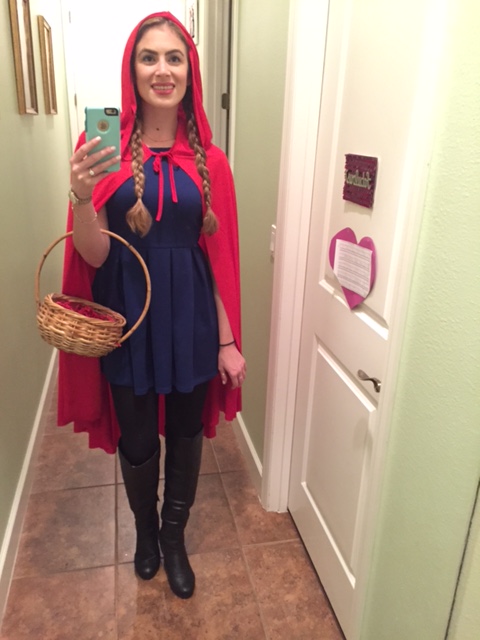 Of course I turn to Pinterest for ideas, crafts, and DIY. I’ll be honest, I am not the craftiest person. :: sigh:: So for me, I really need to stick with the basics. What do we already have that I can use? What character are we going for? 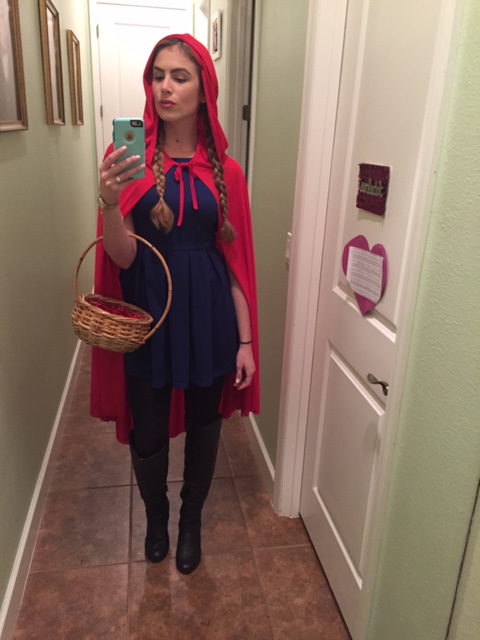 Another great way to save money on costumes is to borrow. Yes, that’s right, borrow from friends and family. Think about what pieces you can use from their past costumes to incorporate into yours. This year I decided to set a $20 costume budget, total for Josh and I. Yup that’s right $20 and I completed the look under that. I’ll be the first to say we are never the couple that’s going to win any costume contests, but we sure do have a ton of fun. 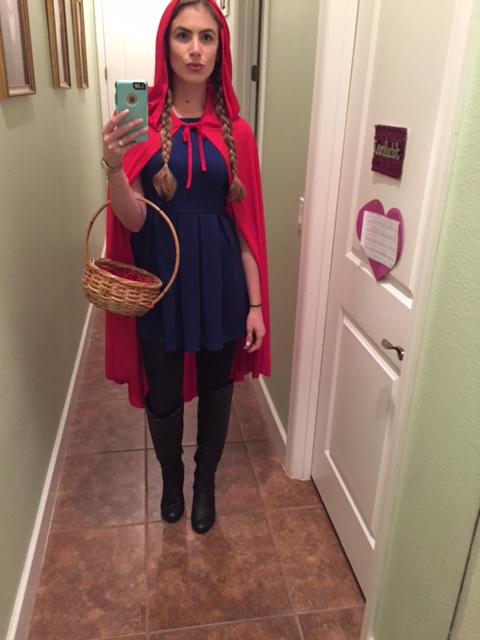 This year we decided to be Little Red Riding Hood and The Wolf. My brother actully had a wolf mask from 2 years ago when he was the wolf and my niece was one of the three little pigs. That’s where the costume idea started. Josh wore a simple black T and dark jeans and wore my brothers mask, no cost for him at all. I didn’t want to dress up as a pig so instead, I thought of other female costume ideas I could have used with a wolf. Immediately I thought of Red Riding Hood. Since the weather was a little cooler this year I knew I would need to wear tights. SO I wore black tights, knee high black boots I already had and a blue babydoll dress that embarrassngly enough I already had in my closet. The only purchase needed to make was the red hooded cape. This one I got from Party City for $10. I borrowed a basket from Josh’s mom and we were all set! 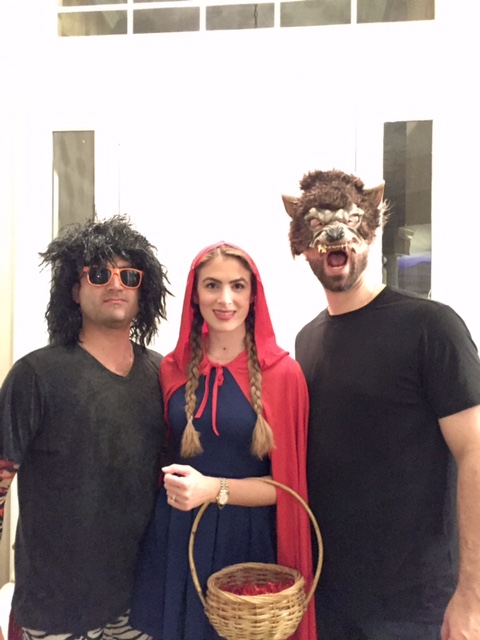 My brother (on the left) and sister in law go all out each year. She scores most of their items on Amazon for a great price. They went 80’s themed this year. 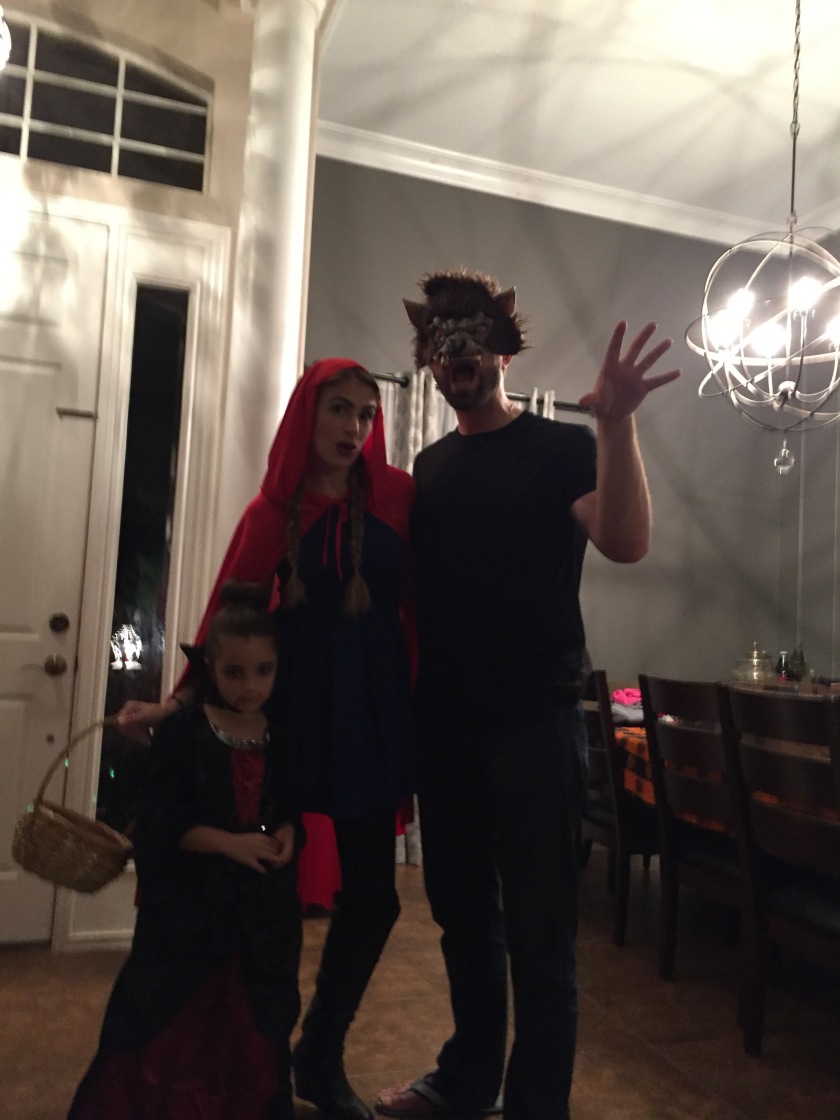 My bro and sis throw a huge block party in their neighborhood that Josh and I were excited to be able to attend this year. Despite the rain, we managed to keep the party going. There were at least 50 people there and we danced all night! 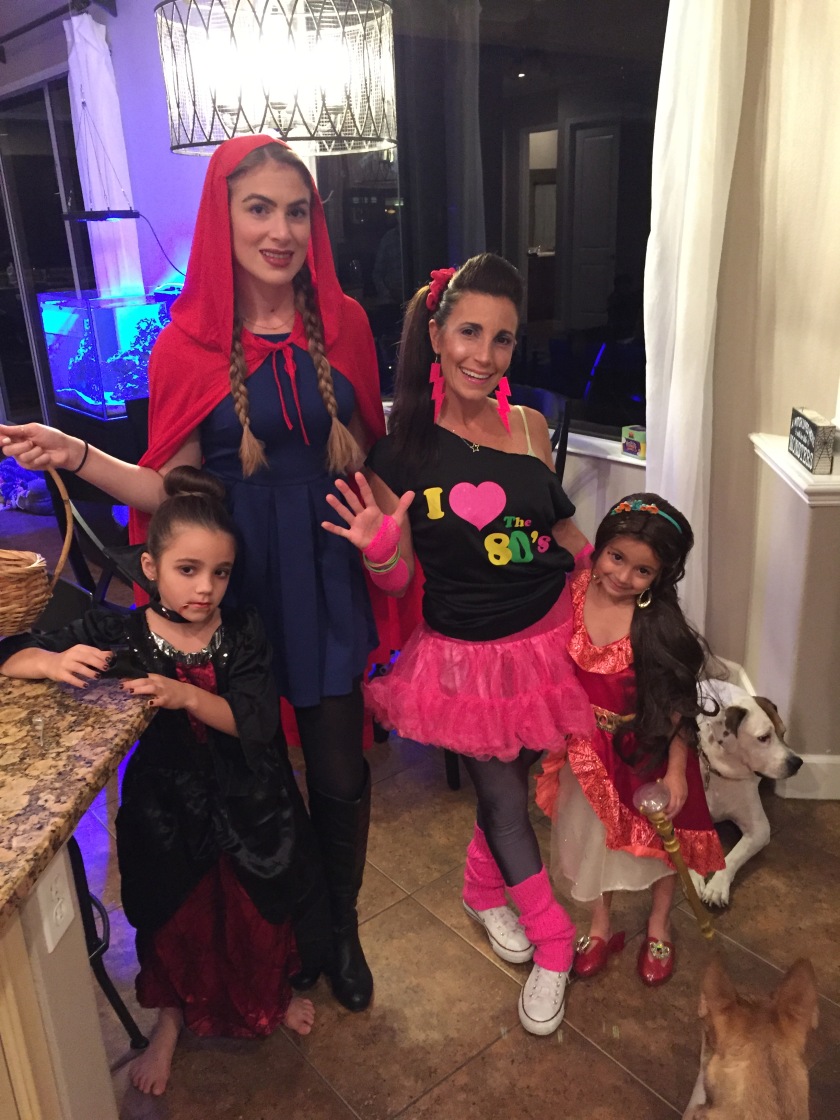 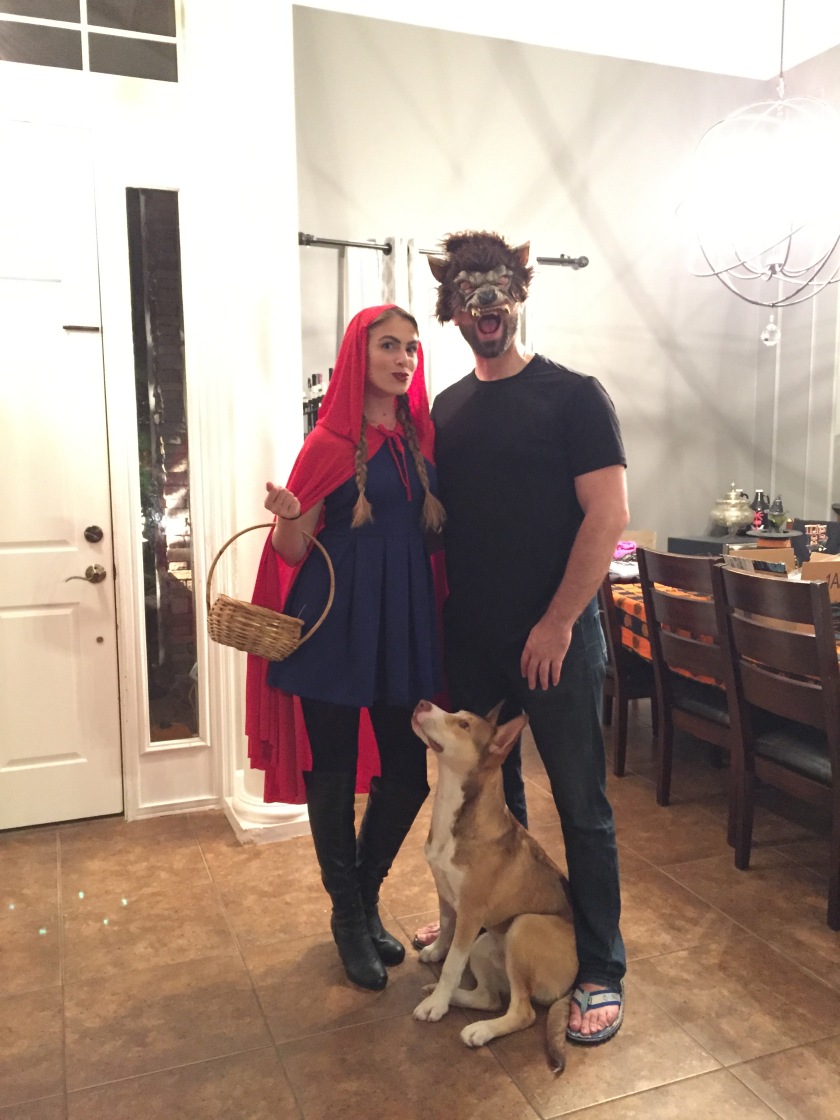 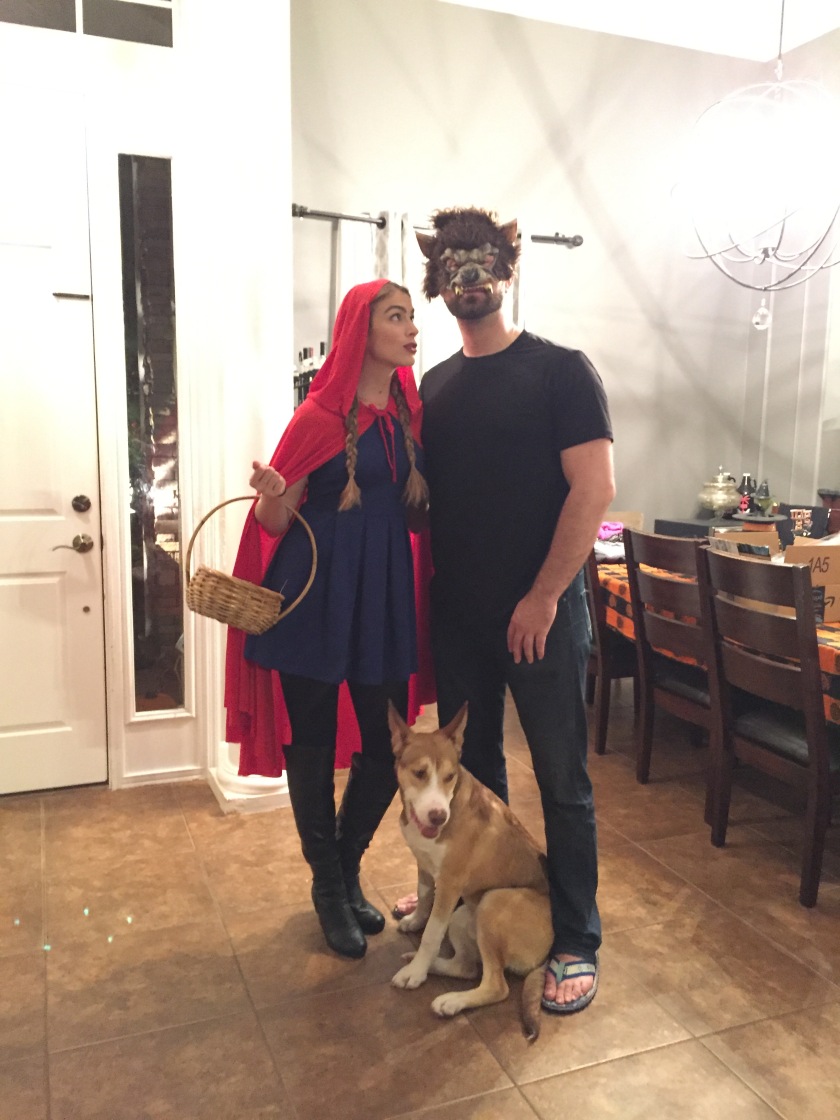 Tonight we will just be passing out candy to all the trick or treaters in our neighborhood. It’s funny how Halloween has transformed as we’ve gotten older. Next year I am hoping to host a pumpkin carving party! Don’t worry that’ll be on the blog too!

What are you all doing for Halloween? Anyone have a creative budget-friendly costume idea?